How did you become interested in open research?
I come from a psychology background, and it was during graduate school that questions and controversy surrounding reproducibility became a full-blown ‘crisis’. I remember two things clearly about that time. First, the disorienting feeling of not knowing which findings in my field, many of which were considered ‘textbook’ examples, were actually robust and trustworthy. And second, the energy and effort of a small group of reformers to change the way we produced and evaluated scientific findings. I really identified with this perspective – being critical-minded but not cynical – and so I’ve tried to do my small part to grow open science: first in psychology, and now in behavioral ecology.

What do you see as the greatest challenge facing the open / reliable / transparent science movement at large or specifically in ecology and evolutionary biology?
Standards are changing, but slowly. It’s my experience that being open science-oriented is considered as a niche interest, or perhaps a nice bonus that is secondary to other, more important qualities of a scientist. This of course is reflected in scientific incentives for hiring, funding, and promotions. I think one of the greatest challenges facing any field with questions of reproducibility (which is to say, most of them) is how to realign incentives that communicate to their communities the necessity of engaging with fundamental issues of transparency, reproducibility, and (especially for behavioral ecology) generalizability.

What’s the last book that affected the way you currently think about things?
“The Ministry for the Future” by Kim Stanley Robinson. It’s a sci-fi book that takes place in the very near future, and it imagines a radical restructuring of politics, banking, geo-engineering, transportation, etc. in the midst of climate disaster. I read a review of it that said something like “the first half is remarkable because the disasters feel so inevitable and believable, and the second half is remarkable because the imagined changes feel so unattainable”. I shared this feeling, and it’s led me to think a lot about why that is, and what could make significant, urgent change feel within reach.

Where is someplace you’ve never visited but would like to? Why do you want to visit there? It’s been a long-time dream of mine to travel to Socotra, an island in the Arabian Sea. Describing it in words won’t do it justice – google some images! – but suffice to say it’s one of the most unique places on Earth.

Where to find you online?:
nicholasgrebe.github.io 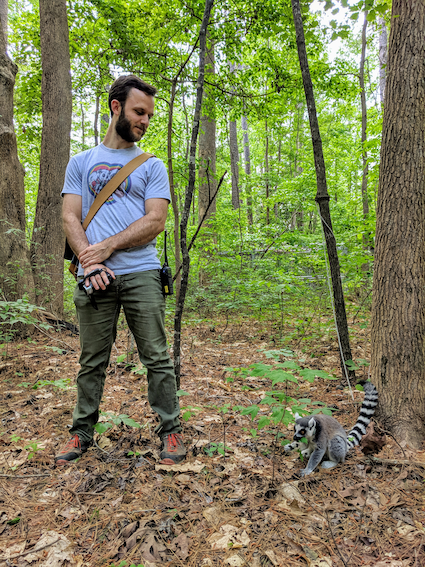