Talk abstract: Although The Internet was invented to help scientists communicate with each other, the publishing industry that controls how scientists share and get credit for their work has failed to embrace the myriad opportunities presented by the Internet to make the process more fair, effective and efficient. However, with the rise of author-driven publication (e.g. preprints) there is renewed optimism that things are finally about to change. In my talk I will discuss why the publishing system is the way it is, why it is so important that we fix it, and what the future should and - if we are successful - will look like, and what forces we are fighting against to make it happen.

Brief bio: Michael Eisen worked with Don C. Wiley at Harvard studying the function and evolution of influenza virus proteins for his Ph.D. He then moved to Stanford where he joined the labs of Patrick Brown and David Bostein as a postdoctoral fellow and played a major role in the development and application of the DNA microarrays that were invented in the Brown lab. His 1998 paper on the cluster analysis of gene expression data has been cited over 10,000 times (and is the 3rd most highly cited paper in the 100 year history of the Proceedings of the National Academy of Sciences). In 2001 he moved to Berkeley, where he started his own lab – initially at the Lawrence Berkeley National Lab, and (as of 2006) the University of California, Berkeley. His lab uses a combination of experimental, computational and evolutionary genomic techniques to study how genomes encode the complex spatial and temporal patterns of gene expression that drive animal development, using flies in the genus Drosophila as a model system. He is Professor of Genetics and Development in the Department of Molecular and Cell Biology, and holds appointments in the Department of Integrative Biology and Museum of Comparative Zoology. Throughout his career, Dr. Eisen has worked to ensure that universal access to the products and benefits of scientific research. In 2000 he joined his former postdoctoral advisor Patrick Brown, and Nobel Prize winning cancer researcher Harold Varmus in launching the Public Library of Science (PLoS), a San Francisco based non-profit advocacy organization and publisher dedicated to making the world’s scientific and medical literature a freely available public resource. 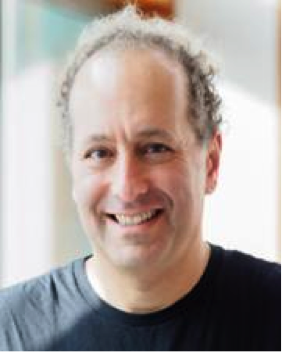